Who Was John Cabot?

Giovanni Caboto or John Cabot, as he was 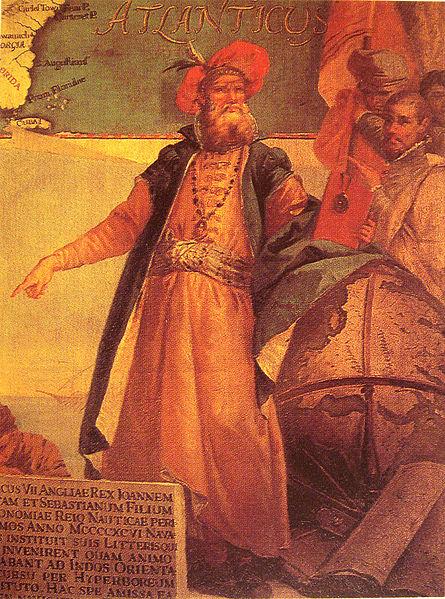 later called when he sailed under the English flag, was a skilled Italian navigator and explorer of the 15th century. The image on the right, which shows John Cabot in traditional Venetian garb, is from a mural painting by Giustino Menescardi (1762) in the Sala dello Scudo in the Palazzo Ducale, Venice.

Although John Cabot lived in England as an adult, he was a citizen of Venice. He engaged in eastern trade in that city, and it was this experience that became the stimulus for his later explorations. After leaving Venice, he spent several years in Valencia and Seville, and in the 1480s he went to the English port of Bristol, where he established his base for exploration and discovery. Independently of Christopher Columbus, John Cabot envisioned the possibility of reaching Asia by sailing westward. England, hoping to profit from any trade Cabot might establish with the New World, gave support to his efforts to sail to unknown lands and return with goods. Under a patent granted by Henry VII in 1496, Cabot sailed from Bristol in 1497 and discovered Newfoundland and Cape Breton Island on the North American coast. His voyages to North America in 1497 and 1498 helped lay the groundwork for Britain's later claim to Canada. It was during a voyage to the Americas in 1499 that John Cabot was lost at sea.

We at John Cabot University are proud to bear the name of such an illustrious Italian, who opened the channels for further exploration to North America and thus forged a link between Italy and the Americas that has lasted over five hundred years.